Uffa Fox and the story of the Flying Fifteen

Designed by the legendary Uffa Fox, the 6m (20ft) Flying Fifteen has maintained its reputation as an exciting and competitive two-man racing craft. It provides access to sailing at reasonable prices for men and women from 15 to 75 and beyond.

Born and raised on the Isle of Wight, Fox (1898-1972) is considered the father of modern planing sailboats.

A seven-year apprenticeship with noted boatbuilder A.E. Saunders, a manufacturer of high-powered motorboats, led to a lifetime fascination with planing hulls. At 21, he started his own business and boats began pouring out the door. His successful designs include International 14s, the Albacore, Javelin, Flying Fifteen, and Day Sailer.

One evening, over fifty years ago, as he lay in his bath at home in Cowes, Uffa had a vision of a radical new small boat: “The FLYING FIFTEEN in all her glory marching in triumph before a stiff nor’wester”. He rushed from bath to drawing board and put the vision on paper there and then – the hull, the keel, the rudder, the sail plan.

Uffa had become upset during the 1960s when Fifteens appeared with features not in his original design. The generous measurement tolerances in the original rules were soon being exploited to give more boat speed. Uffa and many of his contemporaries felt strongly that the class was a One Design and that owners should respect that and not push for changes as if it were a restricted class.

The class rules had to be tightened up and, to reconcile the designer with the class, compromises were made. The copyright was assigned to the RYA and the class became the National Flying Fifteen. The modern Flying Fifteen may not be exactly like its earlier sisters but in concept it has remained true to Uffa’s vision – a fast and exciting keelboat, planing easily and providing great racing.

Among the gems from the boat’s development are the original 1947 sail plan with the original class name of ‘Dainty Duck‘ (sail symbol was a pair of ducks) — would it have been so successful with that name!? — Uffa’s plan of how to transport a boat, on and in his Humber car, and a full size lines plan (20 feet — the ultimate mural!).

There is an account of the Flying Fifteen in Uffa’s book Sailing Boats and also a mention in More Joys of Living.

What would Uffa think of his Flying Fifteen now? After fifty years of changing ideas and technologies, the boat that is built and raced now is rather different. In the 1960s aluminium spars, cold moulded hulls and terylene cloth made their impact. In the 1970s GRP hulls became the norm and, in the ’80s and ’90s, new materials and techniques allowed still further developments to take place.

At time of writing…, over 3850 boats have now been built.

The Flying Fifteen has been modernised over the years, with Uffa Fox agreeing to changes towards the end of his life, to improve the design specification and sail plan. By this time, the class had established itself in a number of countries and when John Calvert-Jones came from Australia and won the UK championships, the stimulus was provided for the move to seek international status.

Under the guidance of Tom Ratcliffe, an International Federation of Flying Fifteen Associations was formed by nine countries from four continents. The first world championships were held in Perth, Australia in 1979 and subsequently have alternated between the Northern and Southern hemispheres biennially. The first European Championship took place in Spain in May 2004.

The most famous Flying Fifteen is ‘Coweslip’, presented to the Duke of Edinburgh and Princess Elizabeth as a wedding present. Uffa Fox and Prince Philip frequently sailed together at Cowes. 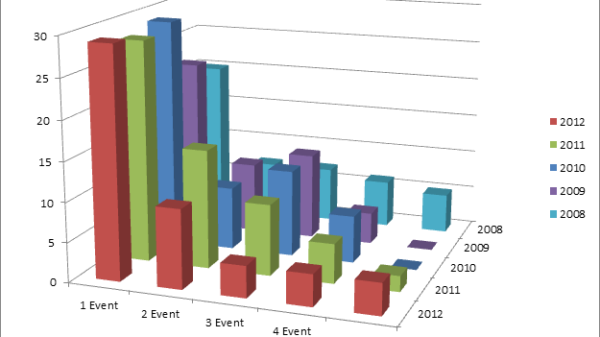 Why sail a Fifteen?