Alan Green explains how to deal with a gate start:

Discussion will never cease as to whether the gate start or the line start is the fairer, but there is no doubt that to get a good gate start skippers need different skills and experience. Gate starts can be exciting and fun.

This is how a gate start works. A path­finder is appointed. Orange Boat. Just before the starting signal, he sets off on a port tack close-hauled course.

Knowing the exact time is unimportant; the skill is in ‘coming out of the gate’ close-hauled at full speed by luffing from a reach to close-hauled, missing the starboard quarter of the boat by a few millimeters. The pathfinder is usually released after five minutes; he can tack any time after being released.

You are Yellow or Green:

This is really just the same situation as the starboard end of a fixed starting line. You have to keep clear of a boat to leeward, and you have right-of-way over a boat to windward. You must also keep clear of the gate boat.

You are Grey:
If you can sail close-hauled without changing course, then you can ignore D. Or you can luff D to force him to luff alongside the gate boat, but you can’t luff him into the gate boat, because if you luff you must give him room to keep clear (Rule 16).

You are Black:
You will need to slow, not to go behind C as you would if this were a fixed-line start, but to be level with him, as are A and B. Remember, the gate is moving at the speed of the pathfinder. You must keep clear of the pathfinder boat. If you touch the pathfinder, you must retire (no chance of a 720) unless you think it wasn’t your fault. For example, if C forces you to collide with the gate boat by luffing you can hail ‘protest’, sail on, and lodge a protest after the race. 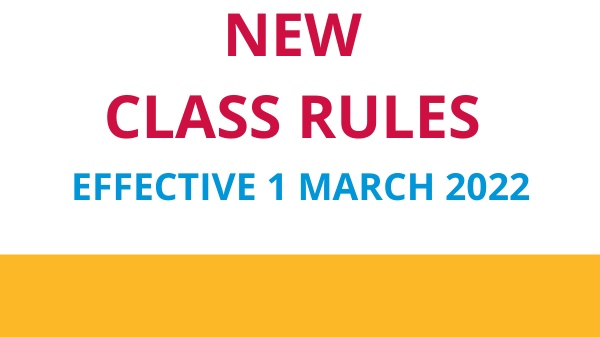 Some issues after site work