Thursday 30th April on a sunny and chilly evening with around 9 knots from the east and a flood tide, 17 Fifteens crossed the starting line for the DBSC Thursday evening series, with Jack Roy PRO and his efficient team on ‘Freebird’.

With some boats being a little too eager, there were one or two over the line at the start. The fleet tacked to East Mark, with 3920 (David & Sarah Gorman) just ahead of 4028 (David Mulvin and Ronan Beirne) with the latter taking the lead at the mark.

Back to Bay Mark off the wind followed by close tacking to the shore to the Bulloch rocks to avoid the flood tide on the course to Island Mark. Off-wind, 4028 consolidated the lead as the fleet then progressed to Molloy Mark. Back out for a short beat to East Mark and on to Omega and Harbour Mark on a run in very light airs, with all boats avoiding the various other classes on different courses. 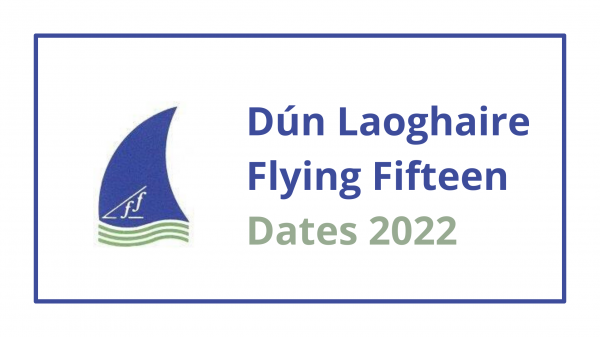 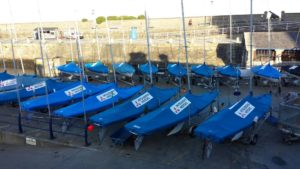