It’s been a while now since Telltale has updated you all on our little Flying Fifteen family and, despite Christie’s regular personal column inches in Afloat, it’s time for a slightly different report.

Always newsworthy Major Dumpleforth, back from helping team New Zealand put the finishing touches to their tuning for the Americas Cup, was seen training himself on a Monday evening. His enthusiasm has been dialled up again, training on a Monday no less where with gay abandon he dumped his trailer in the no parking zone at the top of the slip and headed for the bay, having secured the services new crew.

Telltale was delighted to hear Mary Jane has stepped into the hot seat. Some greats have held that position in the past, too many to list here. We wish her well. Paddy Power are giving good odds on this lasting two seasons. We wish the Major success this season – his boat should look very smart once the second coat is applied.

Speaking of smart, Telltale was delighted to see that Mr G has purchased a new cover and is now officially “one of the gang”. Mr Meagher was heard singing the old classic “one wheel on my wagon” as he struggled to sort his launching trolley. Telltale believes he now has unfettered access to Pooler’s shed (not a euphemism).

Some notable results in DBSC over recent weeks. Ross and the Chemist pulled off a first in a Thursday night floater. Apparently the Chemist has denied the rumour that he applied suppositories during the race to keep Ross focused, on a night when most people lost the will to live.

Then there was Bonnie wee Balfie, who chose a weekend when some of the fleet were away to launch his new jib and pick up two bullets, leaving the Major and Pumper Greene deeply distressed, as he was untouchable. Will this see a rush for new jibs and will the Judge now have to offload his stock of new old jibs and buy in some new new jibs?

A great weekend was had by all camping in Lough Neagh.  Poor old Hugh Meagher couldn’t get a wink of sleep, with his mother’s snoring being supported by a chorus of other middle aged men in the shanty town.

As the Pumper Greene didn’t fly in a rock star but rather was in mourning at the passing of Dick Warner, and Christie was off pretend rowing, the trophy stayed north of the Border but should be seen in Two Pots’ workshop should you have to get a repair or perhaps a new paint job done.

Everyone felt it was worth the entry to see Mathews pretending to enjoy the whole camping experience. Telltale can confirm that Peter Murphy has developed a new technique of pitching a tent on top of a very large lilo, we believe Halfords have been in touch and will soon commence production.

And what of the leaders amongst us? Our former Captain Joey threw money at his sailing career with a new boat, no truth in the rumour that Andy dropped a brick on his foot to avoid the nervous first few months and the endless questioning is it faster than the old one or is it me?

Captain Don Corleone O’Sullivan is believed to be in hiding in Sicily until Green Fingers Ryan tells him it’s safe to come home. Telltale marvels at how early Green Fingers shows up for sailing on a Saturday now that he’s driving.

And of course the Willy Doctor’s boat monkey is now greasing the wheels of the National Yacht Club, doing us proud, and Telltale is delighted with his Flying Fifteen Committee, which we see also has a few other token NYC members.

Telltale also is pleased to welcome some new blood, with Conor and Alistair coming amongst us, too soon for the Telltale treatment but your day will come boys!

Telltale wishes you all fair winds for the remainder of the season with a reminder not to take either yourself or your sailing too seriously.

Race report: Mulligan and Green win on the double in 19-boat fleet

Telltale at the Northerns: Pumper and Cathal win the shifts 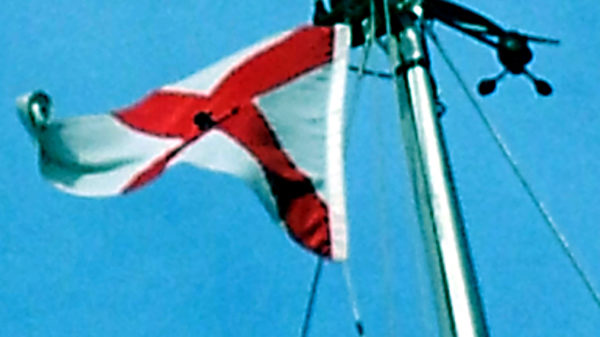 Race report: Betty on the double, but Murphy leads Series 2