Thrilling finish as Championship goes to the last beat

Andrew McCleery and Colin Dougan were deservedly crowned national champions at the weekend (Aug 22nd-24th). The Killyleagh pair won the prestigious event, which was hosted by Portaferry Sailing Club, in thrilling style.

On the final beat of the final race on Sunday afternoon, they managed to squeeze past their nearest challengers, Dave Gorman and Chris Doorly, from the National Yacht Club in Dun Laoghaire, and then extended their lead down the final two reaches to win the race and the championship by a single point.

Victory was even sweeter given the disappointment of Dunmore East last year when they seemed to have the championship in the bag, only to be disqualified from one race for failing to round a spreader mark.

This time, though, there was to be no mistake. They counted two other race wins, two fourths and a discarded 15th in the six-race series, which attracted a fleet of 28 boats.

The opening race on Friday evening brought more Killyleagh success with victory going to Neil Logan and Barry Bridges. In second place were the brother-and-sister pairing of Peter Lawson and Jo Bridges, from Portaferry, who were to finish in third place overall, while Gorman and Doorly were third.

The Dun Laoghaire duo came out of the blocks fastest to win the first of three races on Saturday ahead of Brian McKee and John Gibson, from Strangford Lough Yacht Club, and John Lavery and David O’Brien, from the National Yacht Club.

McCleery and Dougan took the honours in the third race with Gorman and Doorley second and Niall Meagher and Nikki Matthews, also from the National Yacht Club, in third.

The final race on Saturday brought more local cheer, courtesy of Shane McCarthy and Jeremy Rogers, from Portaferry, who led from start to finish. McKee and Gibson were in the runners-up spot for the second time, with Lawson and Bridges in third.

Conditions had been difficult on Saturday for competitors and race officials alike, but when Sunday morning dawned with barely a puff of wind, it seemed unlikely that there would be any racing.

However, a breeze filled in and McCleery and Dougan were right on cue and on top of their game. Another first place bullet and Gorman and Doorley finishing fifth meant that the title would go down to the final race.

Seamus Byers and Brian Bailie set home hearts racing when they rounded the windward mark in first place at the end of the first beat, but unfortunately they couldn’t hold on and the race eventually became a shoot-out between the top two crews.

It was tack for tack up the last beat, with Gorman and Doorly holding a slight edge until the Killyleagh pair took the lead with a few hundred yards from the windward mark. It wasn’t exactly plain sailing after that and the champions-elect were made to work every inch of the way to the finish line. 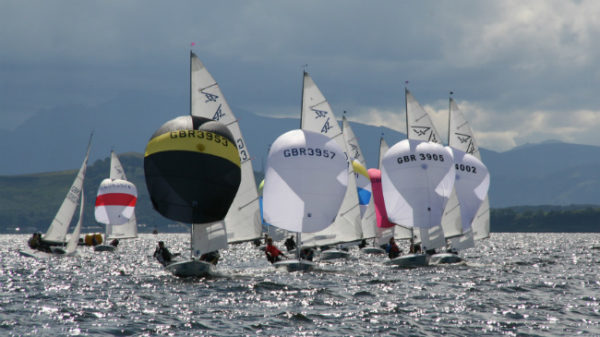 Green to the fore at Datchet 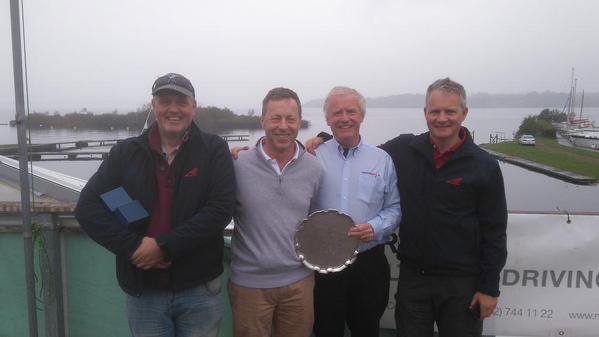 McCleery, Dougan are 2014 Champions of Ireland